Here are some photos of plant life from Salt Creek, in Clallam County, WA. 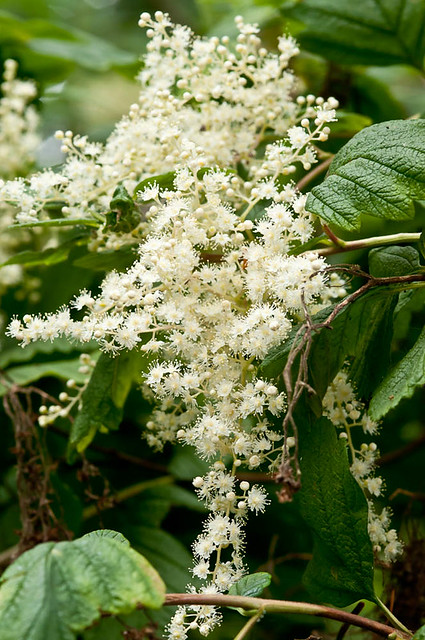 I think oceanspray would make a nice landscaping bush. I love its flowers, and the density of them on a bush. I also like the seeds they form, and how the seeds remain on the bush for so long. Last year’s seeds still hung on this bush. I see it all over in Clallam County, not so much in Seattle.

The wood is very strong, and was used to make harpoons, digging sticks, bows, arrow shafts, and even (lately) knitting needles by nearly all Coastal Salish people. Oceanspray pegs were used in construction before nails. 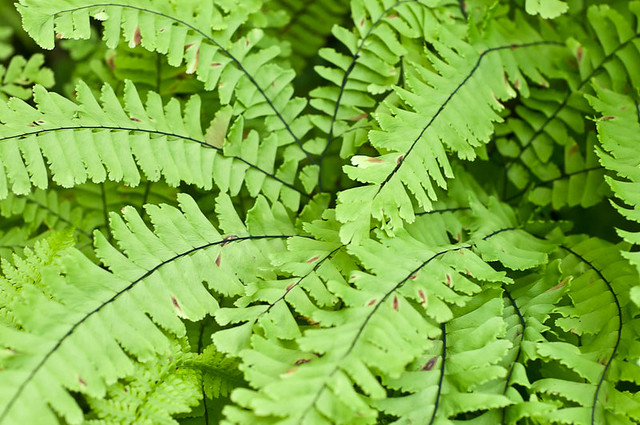 I fell in love with this fern as soon as I saw it on the Striped Peak trail. Unfortunately, the trail was narrow, so I couldn’t get back far enough to get a picture of the whole plant or group of plants. It was used in basketweaving by some Washington groups, the shiny, dark stems being used to good effect.

According to Pojar, maidenhair fern is also known as A. aleuticum. So much for scientific names being unambiguous (they’re less ambiguous, but they still change, especially as DNA analysis is used to determine speciation.)

I haven’t seen this in any Seattle park, but I’m sure it’s around. There are numerous places it would work in North Beach or Carkeek Parks.

Note: This post uses information from Wild Plants of Greater Seattle by Arthur Lee Jacobson, and Plants of the Pacific Northwest Coast (revised) by Jim Pojar and Andy MacKinnon.