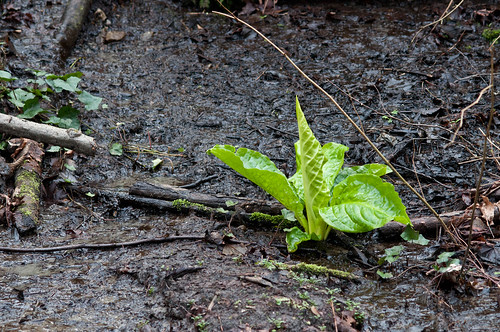 Let’s start off with one of my favorites, skunk cabbage. It’s called that because of how it smells, but I’ve never noticed a bad smell to it. It smells skunky to attract its pollinators, flies and beetles. I like that it shoots and blooms so early, and that its leaves are so large. This is the same plant as the one I photographed last week. This plant is in a very accessible location, so I should be able to photograph it weekly.

We also saw plenty of new skunk cabbage shoots throughout the park, so my fears of it being too easily disturbed are partially calmed. 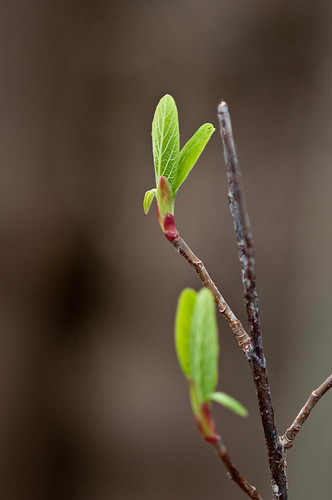 A different plant than I photographed last week, but you can sill see the bud developing. 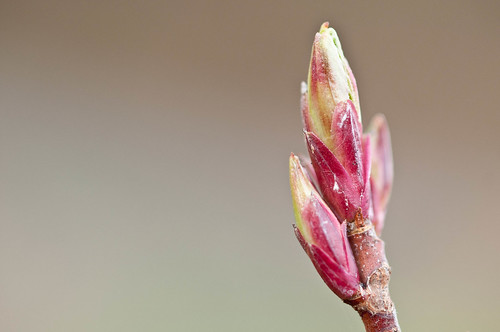 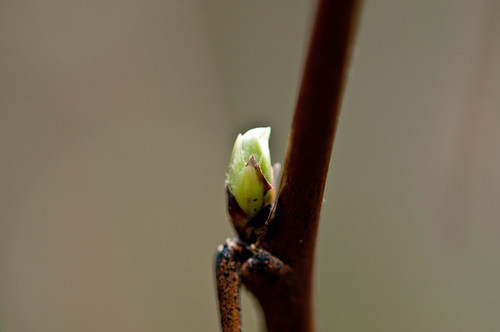 This is by far the dominant native shrub, very common, holding back (if not fighting off) the blackberry. You don’t have to worry about bushwhacking through it, it’ll grow back. 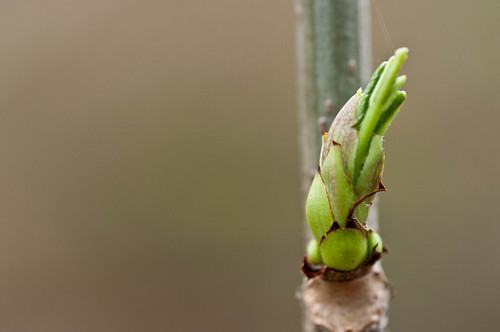 There are groves of this shrub in the park. It can grow quite tall and solid. 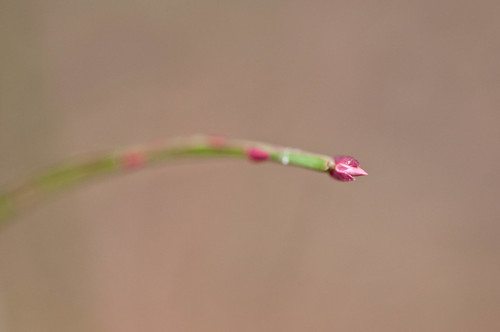 One of my all time favorite plants in the park. I like its delicacy, the leafing pattern, and the way it grows in nooks and crannies. It likes rotting wood, and grows in a number of the stumps. This particular example was planted in fall, 2011, and appears to have survived the August-September (2012) drought. In fact, this was the plant that boosted my spirits last summer when I got one of my periodic sads about the seeming invisibility of the restoration work in the face of the task left to be done.