For the August work party, we did a number of miscellaneous tasks that all needed doing. It was nice to get them attended to. We had seven people, including three new folks we hope received a warm welcome.

The first item on the agenda was stacking burlap that had been delivered by the Parks Department. We got that taken care of promptly. 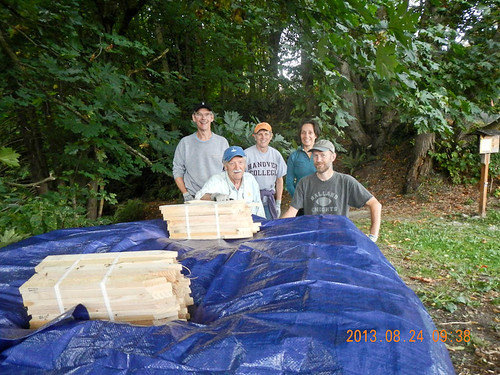 That picture is looking across six knee-high stacks of burlap. There’s some attempt at forced perspective, I must admit. That should keep us for a good long time.

The second item of the day was watering. Generally, you try to avoid watering in restoration projects. Part of the idea of native plants, after all, is that they’ll live on the water the local climate provides them. But this year is short on rainfall, and we put some plants in places that are very dry. So we’ve been trying to water them with enough water to keep them alive until the rains start up again. 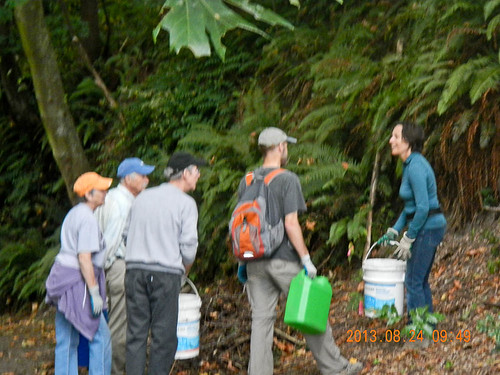 We got a LOT of watering done. Six of us were working on it, carrying buckets of water up from the stream. About 65 plants along both sides of the trail got a good shot of water.

Last but not least, some good old fashioned ivy removal. There were a couple short snags covered in ivy that were just the right amount of work to round out the day. 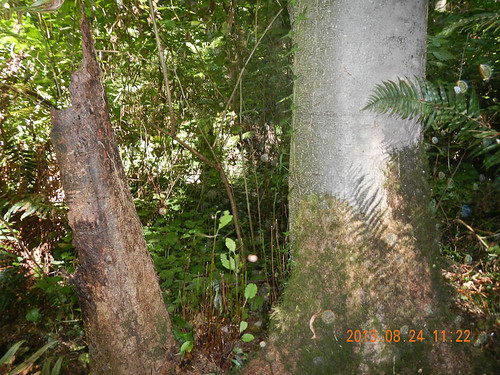 The snag on the left of this picture had been so covered it looked like a little ivy bush. Now that it’s cleared off, it will provide food for some birds. And as usual with ivy pulling, the area that got cleaned up was a bit larger than the first estimate.

All in all, a pleasant little work party, relaxing and invigorating both.