Sometimes, a small work party is just the thing.

This might seem paradoxical, because aren’t “native” plants adapted to this weather, and able to survive the summer with no problem? That’s true of well-established plants, getting the care one gives a garden. However, giving a plant even a gallon a week of some water can help it survive the worst of the summer drought, and establish better in the following winter. A gallon might not seem like much, but pouring it directly onto the root crown means very little is wasted.

And summer work parties are generally pretty small — who wants to spend a wonderful morning in the city, even in a forested park, when you could get out and about? So that’s a good time to do some watering and after care. 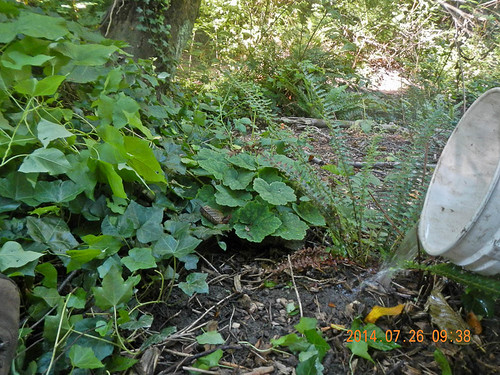 NB: The person is watering the fern, not the ivy. Just to be clear.

Here is (most of) the crew: 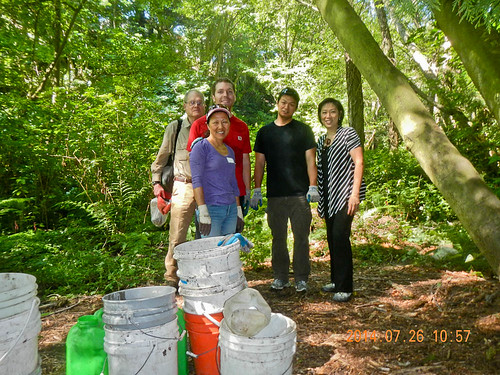 Stop by to say hello, stick around for the art, the garden, the silent pie auction, and the food trucks! A very pleasant little neighborhood fair.