For the third year in a row, Friends of North Beach Park have had a booth at Art in the Garden. 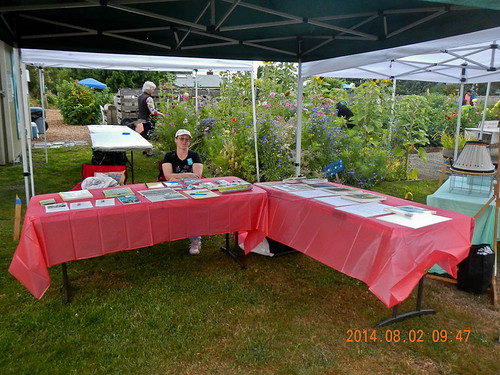 This year we had two tables instead of just one. That made for a much nicer display, I think.

This was our most successful year so far, in terms of getting people to sign up for our email list. I’ve already sent out a “welcome” email, and none of them bounced, so I guess I read all the addresses correctly and nobody spoofed me. Score!

We love Art in the Garden because we always meet people who live near the park, grew up near it, have seen it before and after restoration began. We also meet people who say “Oh, I didn’t know that was a park! I’ll have to check it out!” It’s great not to just get positive feedback, but to have the possibility of introducing people to such a great little urban escape. 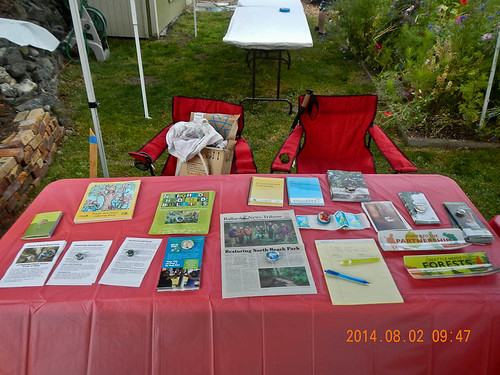 The table we sat behind. 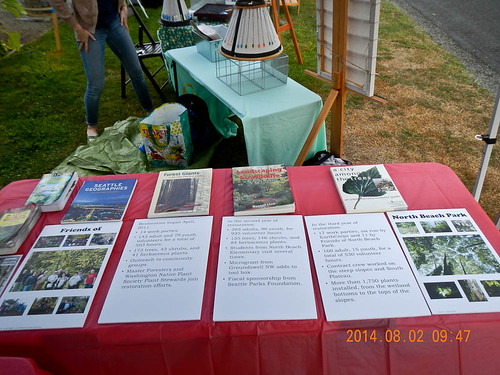 The other table. The book that people picked up most frequently was “Seattle Geographies.” 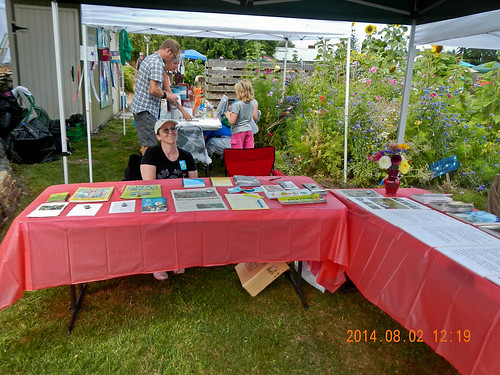 Julie got a bouquet of flowers for our booth. Art in the Garden is a fundraiser for the Ballard P-Patch, and this year they had a bouquet table with fresh-cut flowers from the p-patch itself. They were all very pretty! 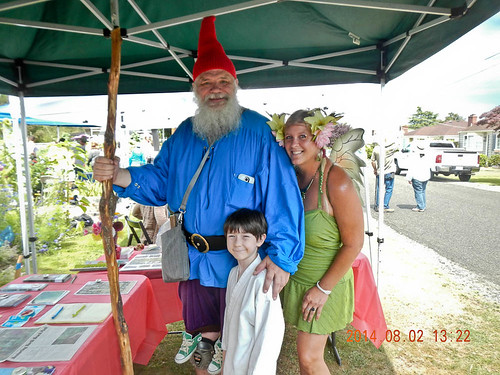 We had a surprise drop-in visit from Santa! Even he’s feeling the economic pinch, he’s had to take a summer job as a garden gnome.

After things slowed down in the mid-afternoon, I took a walk through the garden and took several photos of flowers and vegetables. 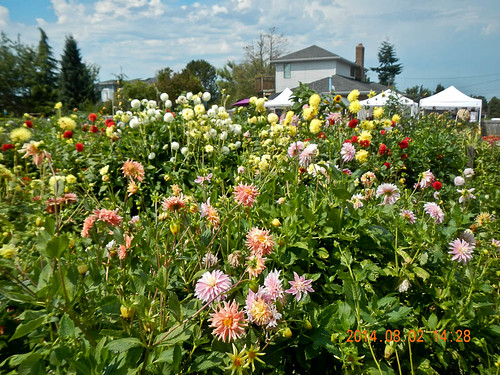 Because of the warm weather this summer, everything was growing like gangbusters. You can see the whole set of photos on Flickr.

Will we do it again next year? Of course! Although… well, as tasty as it all was… we’ll probably do a better job of avoiding the food trucks. We love them a little too much!