The October work party for Friends of North Beach Park was, once again, a tremendous success. The weather cooperated: it was raining in the morning, but during the work party itself, there were even occasional sunbreaks. It didn’t start raining again until we were safely back home.

We were joined this time by about eleven volunteers from the North Seattle College iCARE program. The students worked hard and well and with the guidance of the forest stewards, we got 450 plants into the ground, which were: 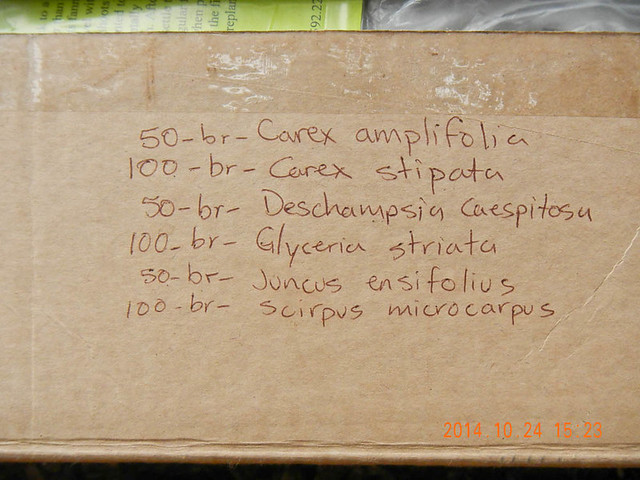 Those are all wetland obligate (they have to live in a wetland) or facultative wetland plants (they prefer wetland environments, but about a third of the time they can be found in drier spots). The Carex amplifolia and Glyceria elata have been seen growing in isolated patches in North Beach Park, but the C. stipata has not been seen in the park at all. The other three have been planted during restoration in small quantities. None of the plants have been seen growing or have been planted near where they were planted Saturday, which will make monitoring of the project in the spring and summer easy.

Julie sorted them into five buckets, 10 or 20 per bucket. 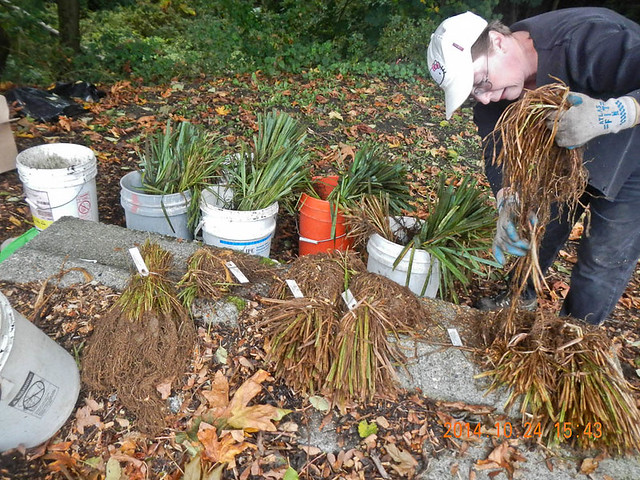 The five buckets were to correspond with five areas for receiving the plants. All the plants got put in where they were intended, and we had some extras to spread around. 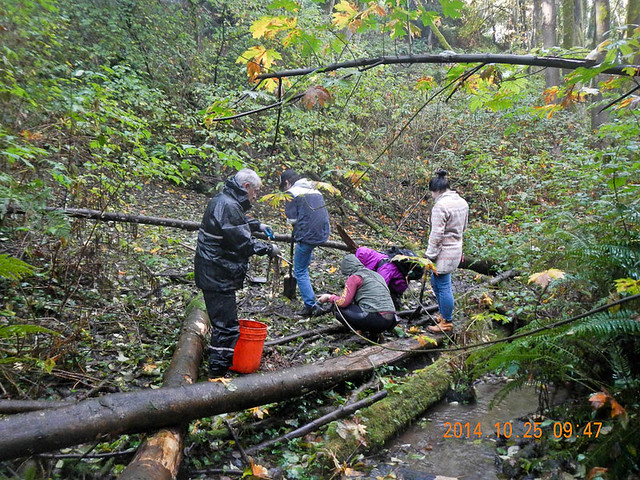 Above, we see Loren (bareheaded, in black jacket to the left) and Drexie (kneeling in purple jacket to the right) leading a group of the North Seattle students in planting. They’re working in a seep that wasn’t in the original planting plan, but I was really glad to see get something put into it. 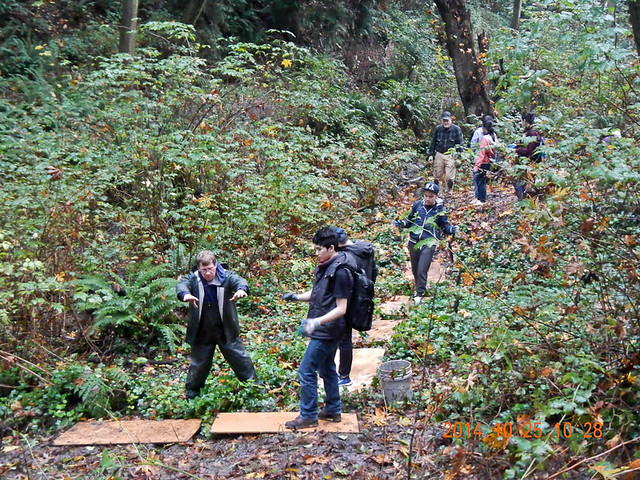 The photo above shows Doug leading other students in planting. They’re standing on “duckboards,” a technical term for sheets of plywood (in this case, just particle board) that you can pick up and move around to avoid churning up the soil of a wetland and breaking the structure. The leaf-fall makes it a little less obvious, but the area they’re about to work in is bare soil, the result of a new shift in the water flow.

Everything went smoothly enough that we were actually done early. Here’s the group picture: 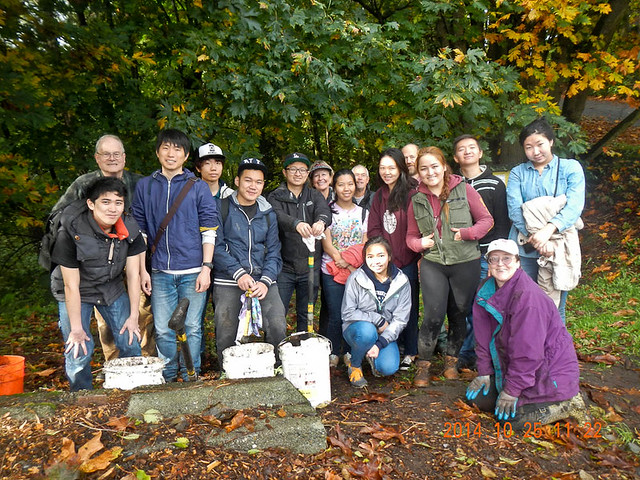 Doug had gone back into the park to plant one straggler. In the back we see Morry on the left, with Drexie, Loren, and Tad in the back center. Julie is kneeling in the front. Everyone else is from North Seattle.

These plants were purchased as partial fulfillment of a stewardship grant from the Central Puget Sound chapter of the Washington Native Plant Society. As I said above, these are all plants that are under-represented in North Beach Park or have not yet been observed growing there. Planting them in such great quantities will greatly increase the ecological diversity of North Beach Park at the herbaceous level, and will help stabilize the seeps against erosion.