It’s been a busy week at North Beach Park! 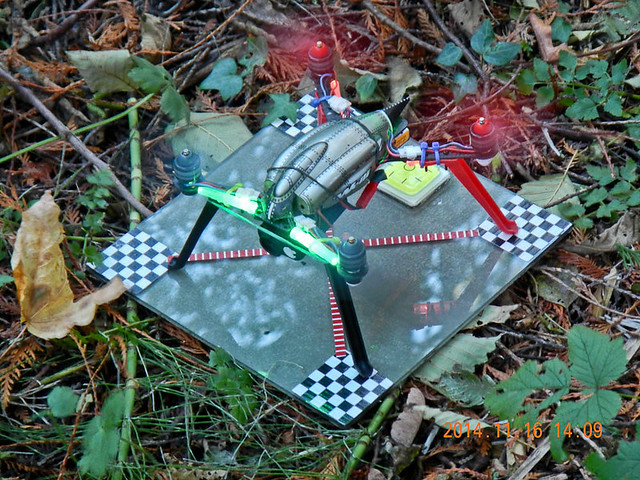 Here is a picture of one of the drones being stabilized before takeoff.

And here is the resultant video:


NorthBeachNovember1080 from Glenn Austin on Vimeo.

I recommend full screen, of course. And turn off any other music so you can hear the wonderful guitar piece Glenn selected for the video.

Making the video was fun, and the results certainly can’t be beat. Now I want to do one every season — easy for me to say, of course, I don’t have to do any of the work. ;> (There are more photos on Flickr.)

Here is a video Glenn made of Llandover Woods.

On Monday, Drexie, Tad, and Luke prepared the plants for the work party. This involved sorting, revising the planting plan, figuring out which was which and what was what, and tagging everything. 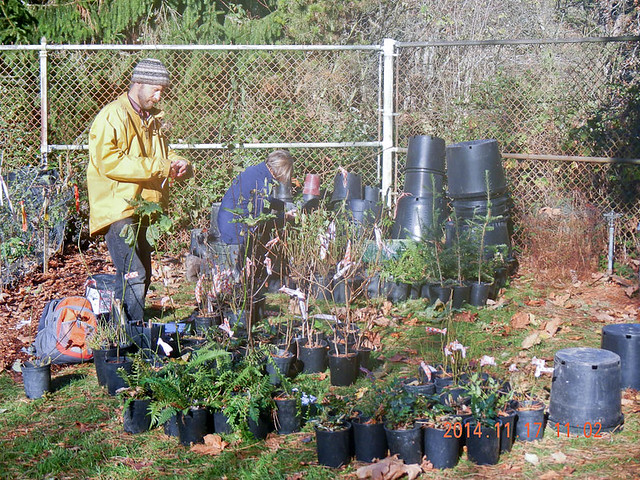 We took the plants to North Beach and left them in a staging area down the trail. We also saw, much to our dismay, that someone — between Sunday afternoon and Monday morning — dumped at least 43 cans of paint in North Beach Park. The ones I picked up were all full. The Ballard blog posted an article about it. It’s nice to see that most of the comments are upset about the dumping.

The paint cans were pretty quickly picked up, probably Tuesday (thank you, Seattle Parks Department!). But still, considering where they were, someone went to more trouble to dump them in the park than it would have taken to get rid of them legitimately. (Guess what — more photos on Flickr.)

And Saturday was our planting party. In addition to the plants from the Green Seattle Partnership, we had eight Sitka Spruce and one Western Red Cedar provided by a neighbor.

We had help from the iCARE students from North Seattle College again: 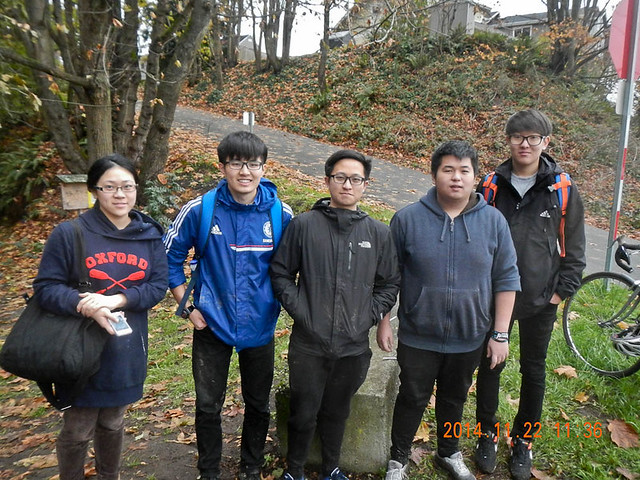 And we were also joined by students from Circle K International from the UW: 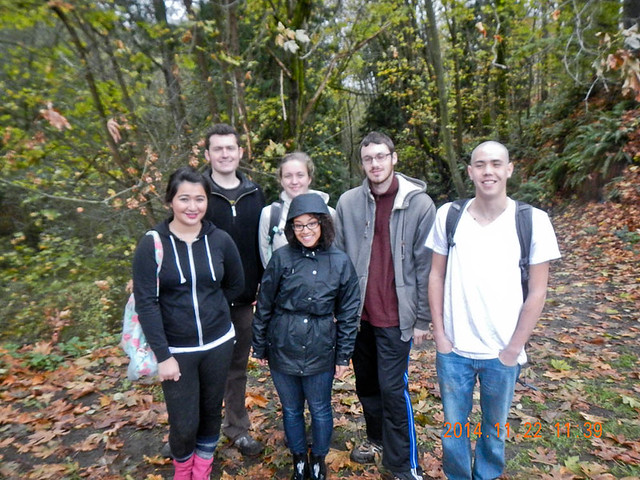 We planted more than 100 plants, and this included a fair amount of prep work for some of the areas. It was a very successful work party. 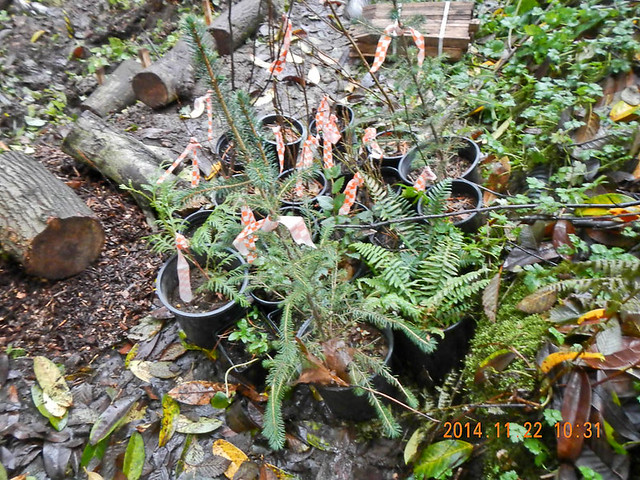 Our next work party won’t be until January. But there are still work parties at Golden Gardens, Carkeek Park, and Llandover Woods.