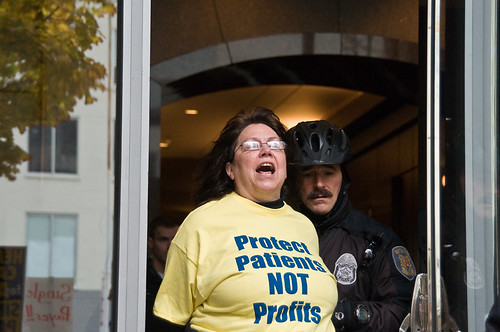 An office leads former school board member Sally Soriano out of the lobby of Regence Blue Shield in downtown Seattle Oct. 28 after she and six others occupied the health insurance company's lobby in support of single-payer health care. The arrestees were released on the condition that they stay away from Regence for one year.
Collapse