Helen Levitt's early work, in the 1940s, set the bar for black and white street photography. In 1959, and again in 1960, she received two Guggenheim grants to revisit her earlier style using color film. As John Szarkowski says in his foreword:

Her object was to use color neither in a decorative nor in a purely formal way, but as a descriptive and expressive aspect of the subject, as inherent to it as gesture, shape, space, and texture.

This book is actually my first acquaintance with the work of Helen Levitt, so I can't compare her color and black and white work. However, she does integrate the color of the film with the subject. The use of color here feels very matter of fact to me, it doesn't intrude on the subject.

There's a lot of humor to this work. A tall, skinny man stands in the narrow gap between parking meter and sign post, all angles, elbows, and knees. A young child sits nonchalantly in a window, his face covered with yesterday's Halloween makeup. On the cover, three scrawny, bedraggled roosters parade in front of empty rows of new restaurant chairs, still covered in plastic.

The humor bridges the gap between the subject and the viewer. I think her eye is not to sensationalize but to empathize. So that when I look at the picture of two old people, bent with scoliosis, crossing a street in front of shiny new sports cars (all we see are the hoods) I'm not laughing at the old people. I think, "that could be me someday." Her pictures show, as Szarkowski said in his foreword, "the games of children, the errands and conversations of the middle-aged, and the observant waiting of the old." 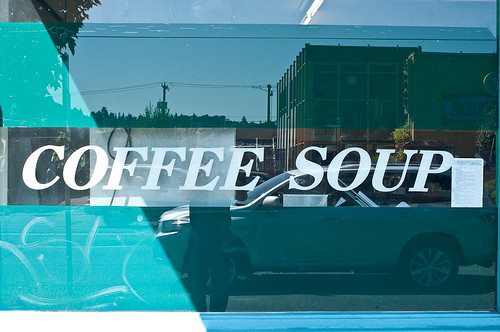 3:02 PM
This afternoon Julie and I went for a walk to the Locks, and then up the Magnolia side of the canal for a bit. This is a deli at 28th and Market. 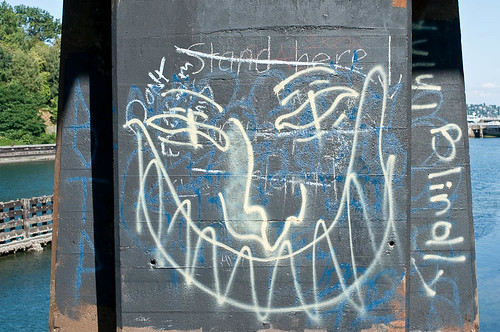 4:03 PM
Under the railroad bridge that runs across the canal, Magnolia side. 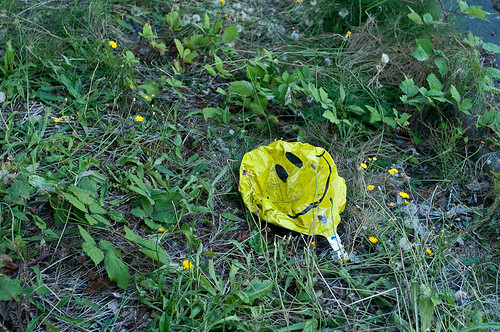 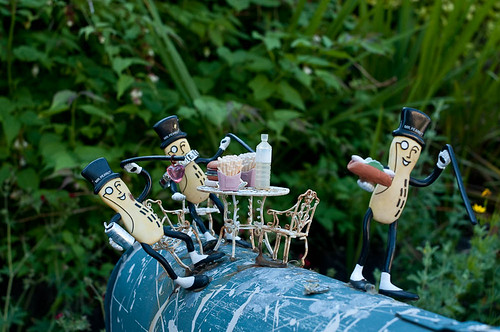 4:40 PM
Someone had decorated their mailbox to be a party. 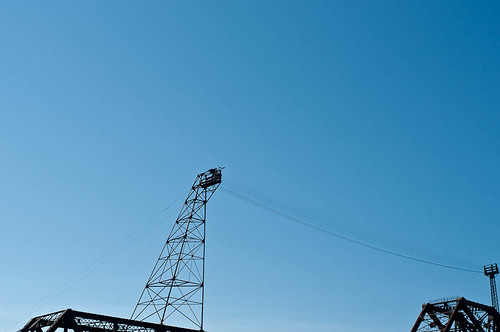 It's difficult to see in this image, but there's an adult osprey, landing at its nest on the railroad bridge. There were two fledgling osprey there, occasionally chirping "Mom! Still hungry!" calls.

Sea Lion at the Salmon Buffet 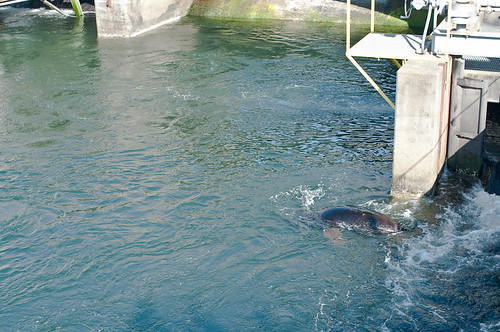 There were two sea lions, right at the base of the fish ladder. It was like an all-you-can-eat buffet for them, as they were where all the salmon had to go. 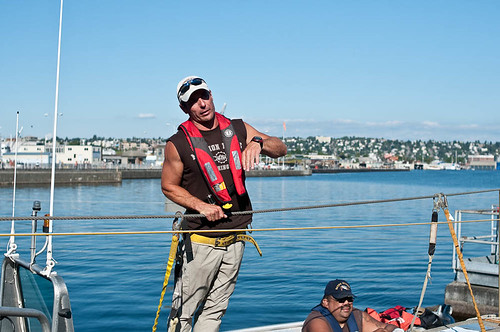 There was a crew of four workers from Fisheries & Wildlife (we presume). They were catching and tagging the salmon in the ladder. A few minutes after taking this picture, the guy threw an M80 (or similar) into the water to scare off the sea lion. Even sunk under the water, it was loud enough and strong enough to feel it in our feet. 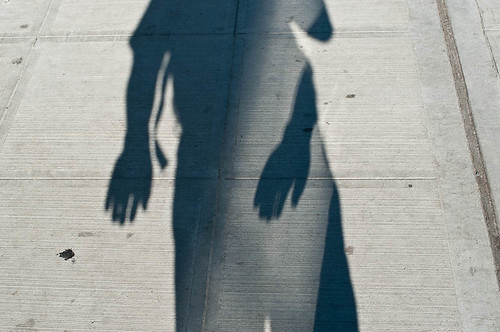 Outside the new QFC on the way back home. Of course the best place to get this picture was the middle of the entrance to the parking lot. D'oh!
Collapse