I had some thoughts about editing while putting this set together. For something like WITL, it's not important that the photos be good, or art, or whatever, but that they tell a story. I know, it says that right in the rules. It's the kind of thing that sounds profound when I realize it, but trite when I say it aloud.

Anyway, here are the pictures. 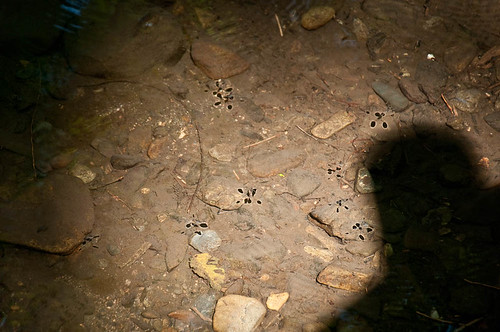 The shadows are of the dimples in the surface of the water caused by their feet.

Bridge in the Forest 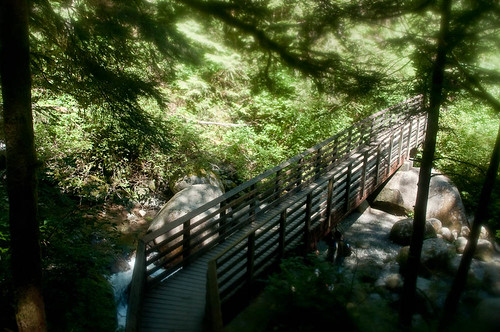 The bridge for the first crossing of the Wallace river. It looks like I put some blurring effect onto the photo, but honestly, I didn't. 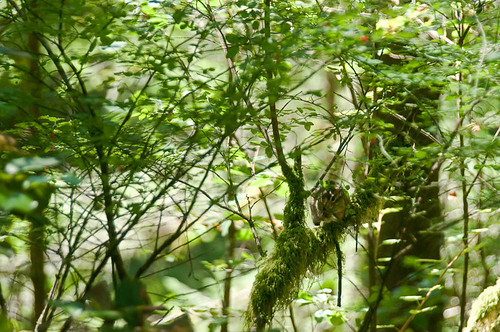 The lower falls has a picnic shelter and tables, and several semi-tame chipmunks. This one was more interested in a healthy diet than "dropped" human food. Julie started calling this stop "Chipmunk Palace" which made me think of the one phrase of "Crackerbox Palace" that I know: "Welcome you/ to chip-a-munk palace."

Last year, this is as far as we got. This year, we pushed on to the top. It was a combination of walking poles, better shoes, and encouragement from passersby (even though said passersby were frequently half our age and better fit than either of us have ever been). Part of making it successfully to the top involved not taking as many pictures as I might have otherwise. 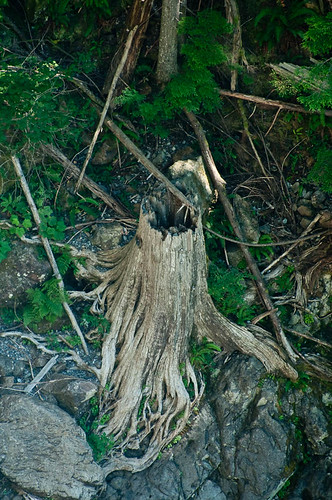 Looking down from the middle fall of Wallace Falls.

There's a lot of movement in wood, I think. If you think of that movement as taking perhaps decades, if not longer. It's so beautiful to see, to my mind, and so difficult to capture. 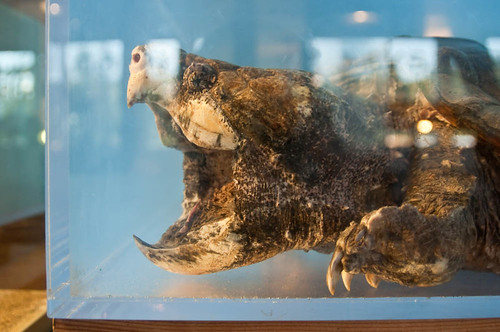 After the hike, we stopped at the Reptile Museum (on Highway 2, outside of Monroe). Snakes are pretty, and this place had many of them. Even though reptiles basically bask in the sunlight and remain still unless food presents itself, it still felt a little sad to see the reptiles in their cages.

Alligator Snapping Turtles basically sit like this during daylight hours, jaw hinged open and lure on the tongue wriggling. 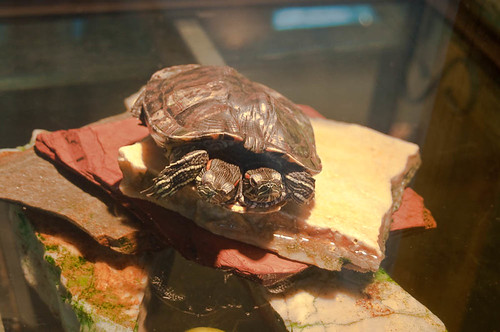 The first time I've seen a two-headed creature in the flesh. It looked weird. Less disturbing than I thought it would, actually.

Today, I'm spending the day at the computer, so probably no WITL. Although I could have taken the camera along when I got my morning coffee and went to the library, for ANOTHER 13 BOOKS. Woohoo! 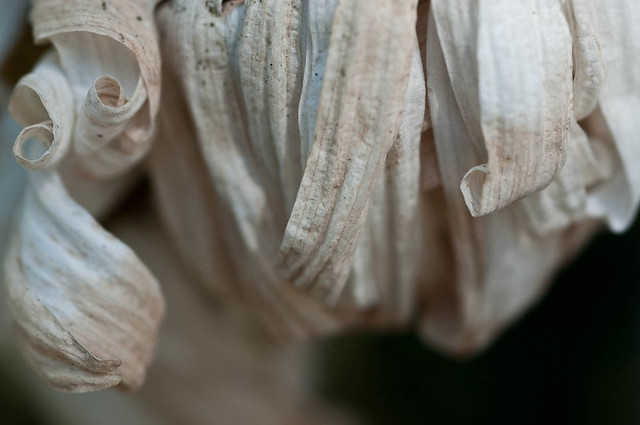