Here is another requested topic: What one thing do I wish everyone knew about urban restoration and why?

I wish everyone knew that it’s so multi-faceted!

That’s both a dodge to avoid having to pick out one of the many things, and also the truth.

The first thought many people might have when they hear the term “urban restoration” is exactly what I do: work in forested parks and nature areas to remove invasives and plant natives. This is the most basic meaning of restoration, as in the Latin origin of “to give back something lost or taken away.”

But I tend to give terms broad definitions, to the point of making said terms too general in some people’s viewpoints.

So here are some other things we’re doing that I think fall under the umbrella term “urban restoration.” 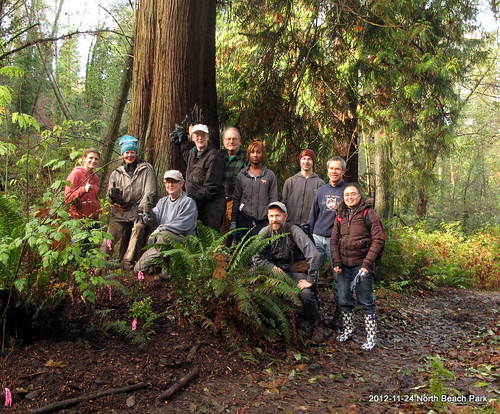 We’re restoring communities based on shared work. Despite the lie of “the rugged individual”, there’s a good tradition of shared work in the US. Barn raisings are a good example. The social glue of the work far outweighs the cost of the few hours of labor. And barn raisings were a great deal of fun: People would come from miles around, the women would be cooking all day, the men working on the barn, the kids either helping or running all over the place. People caught up with neighbors they might not have seen since the last barn raising, and it all ended with a banquet and GoH speeches. I don’t think it’s stretching the point to say that park restoration is a 21st C. version of that. It’s certainly a bigger task than any one person, or even a small group, can do. The social aspect, in fact, is something that brings people back to restoration projects. I think it’s at least as important as the physical work. 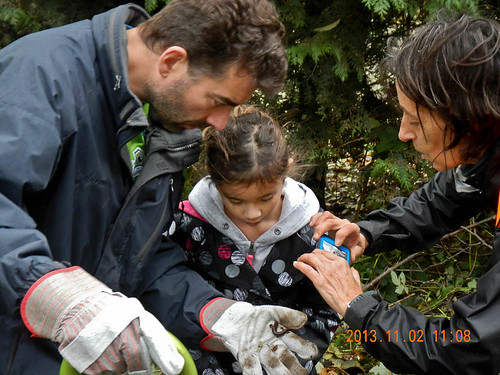 We’re restoring contact with local nature. The attitude that the built and the natural environments are different, even antagonistic, is getting a lot of deserved critique. This leads people to say “I love being in nature!” while standing on a carefully-groomed ADA accessible trail (as I have done) and “the city is so artificial!” while missing all the wildlife around them. By working in a local park, we learn that nature really does intrude (*koff*) in places we don’t expect it to. As we restore contact with local nature, we establish a home ground and deepen our sense of place. From that home ground, we see how our choices and actions ripple out into the world. In the case of North Beach Park, there’s a stream that goes to Puget Sound. If we improve the hydrology and nutrient cycling of North Beach Park, the water reaching Puget Sound will be that much cleaner.

Contact with local nature doesn’t have to happen in a park, it depends on awareness more than anything else. Lyanda Lynn Haupt has just published a great book about developing awareness of local nature called The Urban Bestiary: Encountering the Everyday Wild. Being aware of the wild life around us increases our awareness of the web of ecologies that we are part of. Awareness of that web follows us home from the park. 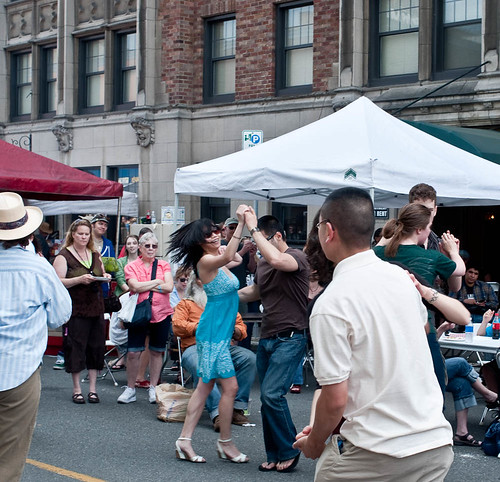 We’re restoring the idea that a city is a place worth living in. Because we had a frontier, USians never gave cities much credence. And since the end of WWII, the US has actively disinvested in its cities in the guise of “dream home in the suburbs.” The ecological activism of the 1970s accentuated the idea of the city as fallen and Nature as Edenic, and a chasm between the two.

But urban restoration allows us to see that cities provide a lot of good, as well. They provide efficiencies of scale and density that make many services cheaper and more efficient. The city itself can be restored. Designing cities for automobiles makes them sewers for cars; designing them for pedestrians makes all forms of travel – bus, bike, walking, cars – work better.

When we talk about a park providing ecological services such as stormwater retention and filtration, we start to ask how that can be brought out of the park and into the surrounding city. That’s where rain gardens come in, building urban canopy, and more.

I suddenly feel like saying all this just allows me to show off a bit. The one thing that I would like people to realize about urban restoration is that it’s great fun and enlivening.